Mexico has a reputation of being lawless, where anything goes. However, the reality is far different than what you see in the movies. In tourist areas in particular, there are many trained law enforcement officers upholding the law. 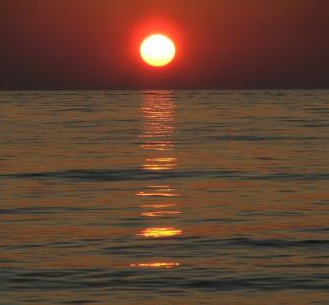 Here are 7 things you should never do on vacation to Mexico if you want to avoid spending time at the embassy!

1) Don’t do anything that is considered a crime back home
They say “innocence is not an excuse”. To avoid trouble in Mexico, don’t do things that are considered an offense in your country, such as buying and using illegal drugs, petty crimes like small thievery and even disobeying simple traffic rules. Drinking and driving is also another thing to avoid if you don’t want to end up in jail following random breath testing.

2) Don’t take your passport everywhere you go
Only take your passport with you when you are going to a bank to change money or some other place where you need to show official ID in form of a passport. In most cases, you can carry a photocopy or your photo id driver’s license will suffice. Losing your passport can be very costly and time consuming in Mexico.

3) Run out on your check or fail to leave a tip
Mexico’s service industry is one of the best. Once you are in a restaurant, waiters and barmen will let you experience fine dining and outstanding service. Leaving a good tip is more than good karma, it is an essential part of the wages waiters receive. Many only earn the tips and do not have a basis wage. Also, if you run out without paying your check, remember that your meal will be deducted from your waiter’s tips. You don’t want that on your conscience, do you?

5) Sunbathe nude or topless
The police might approach you, not because they admire your sexy body, it’s because you’re causing some scandal of sorts by being under the sun and naked. It is illegal to sunbathe topless or nude in Mexico and most locals will find it highly disrespectful.

6) Never say you don’t like Mexican food or tequila
Mexico is also known for its sumptuous dishes. Some may not suit your taste but try not to publicly express your disappointment. As an act of courtesy, it’s better to keep silent. Mexican’s are very proud of their culinary heritage.

7) Urinate in public place
The tourist zone is a visitor’s zone that should be safe and pleasant for all to visit. Please refrain from urinating in public places. It can also cost you a penalty and the shame of acting like an animal. Only dogs urinate on walls! In 2001, Chichen Itza was named one of the “New 7 Wonders of the World.” Just 2 ½ hours from Cancun, Mexico is an amazing archeological site called Chichen Itza. Each and every year on Read more…

Tafer Timeshare Scams – What to Know

If you are thinking about buying a timeshare in Mexico with the Tafer Hotels & Resorts, then you will want to know some important information so you can prevent yourself from becoming a Tafer Hotels Read more… Avoid Scams When you Vacation to Mexico

One of the main reasons that so many scammers flock to Mexico is the fact that it is such a popular destination for vacations, timeshares, and romantic getaways! Sadly it is true that the very Read more…